Enter your City name or Pincode

Tenali is a popular tourist destination of the region and is known for its glorious history. The town was the home town of Tenali Ramakrishna, the famous poet of King Sri Krishnadevaraya of Vijaynagar dynasty. Tenali Ramakrishna was greatly loved by kids for his cartoon series.

The relics received after the excavations done by the Archeological Society of India indicate the roots of Jainism and Buddhism in the region. The word Tenali is derived from Teravali. Experts believe that the village 'Teravali' gradually became Tenali.

Geography and Climate of Tenali

Tenali is located in the coastal region of Andhra Pradesh. It is just 30 km from the Bay of Bengal. It is the second largest town in Guntur district and the third largest urban cluster in the VGTM-UDA region next to Vijayawada and Guntur. The Krishna Canal also known as Buckingham Canal along with two parallel irrigation canals passes through the city.

The close proximity of Tenali to Bay of Bengal owes to the hot and humid climate. The summer temperature range from 28 – 42 degree Celsius. Winters are comparatively cooler and the temperature is between 15 and 25 degree Celsius. Monsoons are witnessed between July and November. These monsoon months are characterized by heavy rains.

Tenali municipality was formed in 1909. It was later constituted to a special grade municipality in 1965. There are 36 election wards in the city which are all represented by a counselor. The city is represented by Tenali for Andhra Pradesh Legislative Assembly. It falls under Tenali mandal and the city is a part of Guntur district. Guntur is a Lok Sabha constituency. Alapati Rajendra Prasad is the present MLA of the Telugu Desam Party (TDP).


Culture and Festivals of Tenali 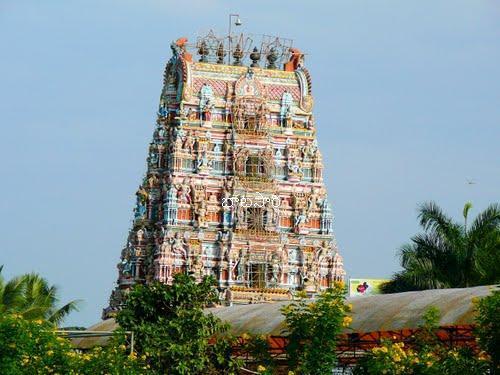 Tenali is an important religious tourist destination of the region. There are various places of worship – temples, churches and mosques that attract thousands of domestic and international tourists from different parts of the country and the world.

The most famous temple in the region is Vaikuntapuram temple. It is estimated that each month approximately 35, 000 devotees visit the temple to get a glimpse of Lord Venkateswara. The Iglesia Ni Cristo church based in the Philippines has already set foot in Tenali and the adherents are getting bigger.

The economy of the region majorly relies on trade and agriculture. The region is characterized by highly fertile black alluvial soil and the main sources of irrigation are the canals of Krishna River. The major crops grown in the region are –
Apart from agriculture another major source of income for the locals is small scale business. Tenali is also famous for Handloom Pattu silk sarees, gold jewelry and steel utensils.

How to Reach Tenali

Tenali is very well connected via road and rail networks. The nearest cities of Tenali are Vijaywada and Guntur.

By Road
Tenali is well connected to APSRTC bus service. There is a great network for bus service between Tenali and Guntur, Vijaywada, Mangalagiri and other small neighboring town like – Vemuru, Ponnur, Bapatla etc.

It is also well connected to NH – 5 and it easily accessible via public and private transport. One can hail a cab or auto rickshaw for local travelling within the city.

By Air
The closest airport to Tenali is Vijaywada. For international flights one needs to go to Hyderabad city.

By Rail
Tenali has its own railway station which lies on Chennai – Kolkatta line. A large number of south India bound trains halt at Tenali station. Tenali railway station is in fact one of the busiest junctions in Vijaywada railway division of South Central Railways. The station has 5 platforms

Many artists from Tenali and its neighboring villages have contributed a major share to the Telugu film industry. The most popular names are:

Popularly known as AVS, he is a renowned Telugu comedian. He is also a director, producer and has acted in more than 500 films. Some of his most popular films include – King, Pavithra, Hum Tum, Denikaina Reddy etc.

A famous Telugu drama and film actor, he is often called the first hero of Telugu film industry. He made his debut in the film Malapilla and ever since there was no looking back.

Kanchanmala is a well known name in the Telugu film industry as well as Bollywwod. She started her film career in Srikrishna Tulabharam and is known for her mesmerizing performances in films like Gruhalakshmi, Veerabhimanyu, Patrani, Love Marriage, Sahara, Phir Wohi Dil Laya Hoon etc.

Jamuna is a veteran Telugu film actress, director and politician. She has acted in 198 Telugu and other regional films. She has also acted in some Hindi films. Jamuna received the Filmfare Best Supporting Actress for Milan in 1967. She joined Congress in 1980s was elected to the Lok Sabha from Rajahmundry constituency in 1989 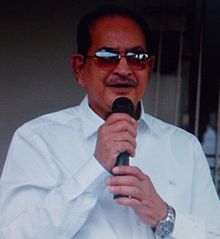 Popularly known as Superstar Krishna, Ghattamaneni Krishna is an actor, director, producer known for immense contribution to Telugu cinema. He has acted in more than 350 films with a career spanning over 5 decades. He has directed 17 feature films and produced many films under Padmalaya Film Studio.

Some other eminent personalities hailing from Tenali include –

Explore more about About Tenali

Are you a Business Owner?

Add the products or services you offer